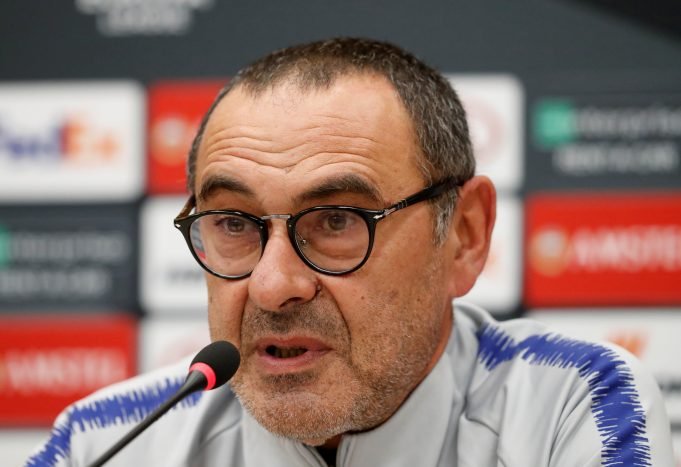 Chelsea boss Maurizio Sarri has said that he has banned lifting weights during Chelsea’s training session. Chelsea striker Alvaro Morata has been in terrific form lately, having scored 5 goals in Chelsea’s last 6 matches.

When asked if Morata was lifting weights, Sarri replied, “He will not be doing weights. Yesterday he had aerobic training. Today he will have strength training – but we don’t use any weights. It’s all natural work that we do in the gym. Nobody does weights. I’ve never seen a player with a weight on the pitch.”

Chelsea have done brilliantly so far and are yet to lose a match this season.

Morata will be hoping to produce another strong performance for Chelsea today when they take on BATE Borisov at Borisov.