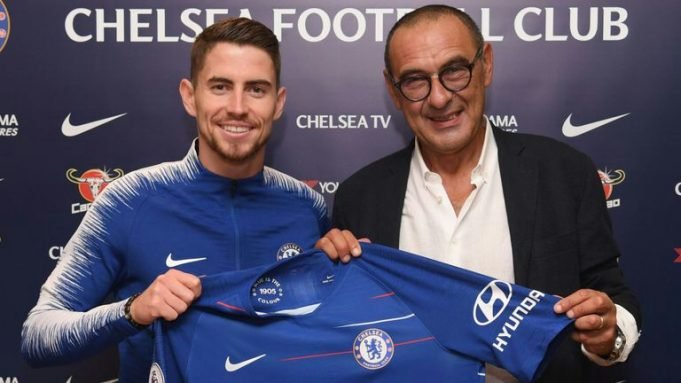 Chelsea midfielder Jorginho admits Maurizio Sarri has some superstition regarding the ongoing unbeaten run of the Blues this season.

Sarri does have the knack of using various antics as he believes it helps his team in a particular way.

Jorginho arrived from Napoli following the footsteps of Sarri and has been a vital cog in Chelsea’s stupendous start to the season.

The Blues are yet to be defeated in the Premier League and the Italian international has featured in every match pulling the strings in the middle of the pitch.

Jorginho has given the deep lying playmaker role a new dimension and his fluid movement in midfield has helped the likes of N’Golo Kante and Ross Barkley to concentrate more on their attacking prowess.

Jorginho reveals his manager doesn’t touch the match ball during an ongoing match as according to the former Napoli gaffer it would bring bad luck to his team.

“It’s really easy to understand him you know. The way he seems – that’s how he is. He has no secrets. He’s a simple guy. He has his beliefs, his superstitions. Everyone does.

“There are other things too, but that’s normal, no?”