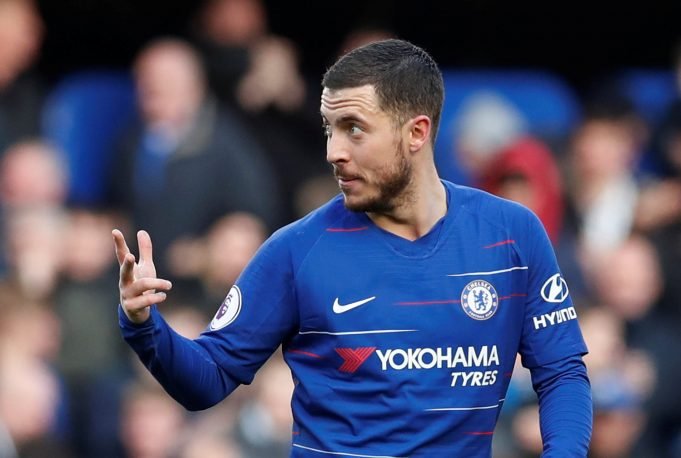 Eden Hazard insists he is not thinking about moving to Real Madrid rather he wants to help Chelsea lifting the Europa League title.

Hazard remains Madrid’s number one target as Los Blancos are planning a summer overhaul. Zinedine Zidane is expected to be given a hefty transfer kitty of £300m and the Belgian forward tops his list.

Despite all the speculations Hazard’s form has been unmoved by the growing speculation. The 28 year old has netted 13 goals so far alongside 11 assists in this ongoing campaign and his form is going to be very crucial if Chelsea are to secure a top four spot.

The Blues reportedly rejected Madrid’s approach recently and the club is adamant to keep hold of him amidst of the transfer ban hovering on them.

Hazard said, “I’m not working on that right now.

“I want to shine with Chelsea for a few months and try to win the Europa League. This week I think about the Red Devils [Belgium] and then back to Chelsea. Then we’ll see.”