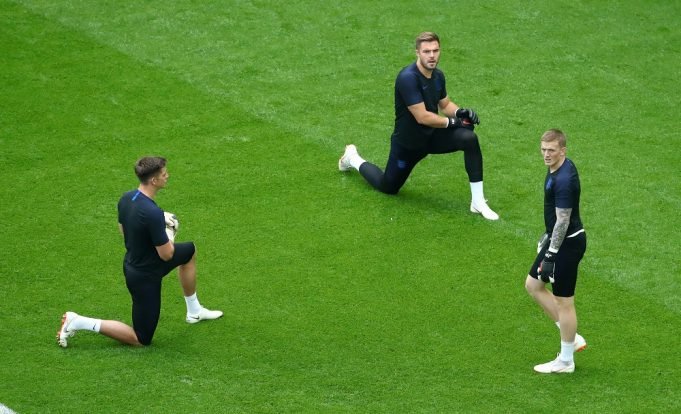 The Blues have been linked with host of goalkeepers

One of the unexpected areas they might have to strengthen is between the sticks as Thibaut Courtois continues to be linked with Real Madrid in this transfer window, as they wants him as a long term successor of Keylor Navas.

The English side have been linked with host of goalkeepers which includes a surprise transfer link with their former goalkeeper Petr Cech. He has been heavily linked with an exit after Arsenal completed the signing of Bernd Leno from Bayer Leverkusen.

Gunners legend David Seaman has urged Sarri’s club to not move for the Czech Rebublic International and instead believes Jack Butland would be a better option.

“I think it all depends what happens with Courtois,” Seaman said of Chelsea on talkSPORT as quoted by Express.

“We don’t know for sure if he’s going to go, although it looks like he is.

“There’s even talk of Petr Cech going back there, which would surprise me.

“But someone like Jack Butland I think would be a great fit.

“They must already have somebody lined up if they’re going to let Courtois go.

“They’re not going to go with (Willy) Caballero or Rob Green as their number ones, they’re only back-up keepers.

“So I would image that they have already got someone line up, but for me Jack Butland would be a good fit.

“He’s going to be playing in the Championship this season, so why not?”