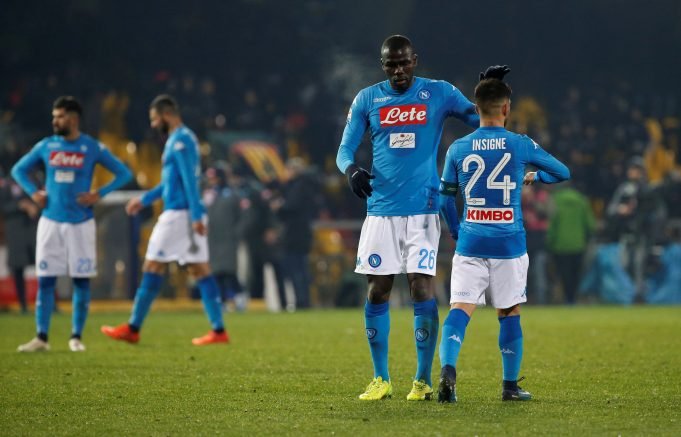 Chelsea wants to reinforce their defensive unit this summer and are in the market to sign new centre-back. With David Luiz set to leave this summer and Gary Cahill entering his final years, the blues have turned their attention towards Napoli’s centre-back  Kalidou Koulibaly.

Chelsea wanted to sign Koulibaly last summer but a deal never went through. Italian newspaper Corriere dello Sport, as quoted by Football.London, is claiming that the Blues are set to return for a bid to try and sign the Senegal international this summer as long as Antonio Conte remains in charge at Stamford Bridge.

Chelsea bid  €58 million for the Senegal star last summer but it was not enough with reports claiming that they are set to return with a fresh improved bid. The defender is believed to have a release clause in his contract of €70 million (£60 million), which Napoli will reportedly demand in full.

Koulibaly have also attracted interest from the likes of Manchester United and Arsenal in recent months.

Koulibaly has been in good form for Napoli this season, scoring four goals and making one assist in 28 Serie A games for the Italian side.