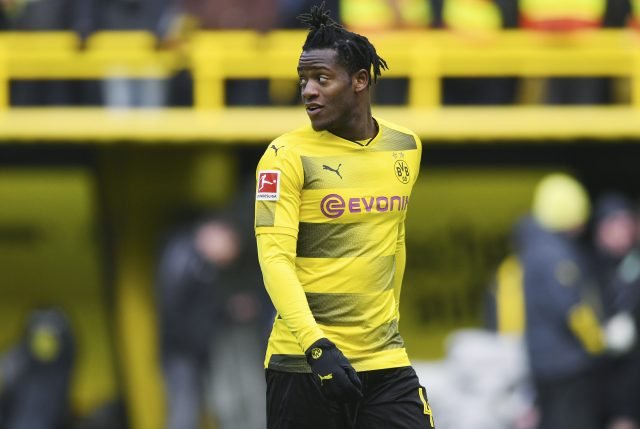 UEFA has dropped a racism charge against Atalanta, leading to a furious response from Borussia Dortmund striker Michy Batshuayi.

The Borussia Dortmund striker, on loan at the club from Chelsea, accused Atalanta fans of racially abusing him during last month’s Europa League tie.

Michy had earlier tweeted: “2018 and still racists monkey noises in the stands…really?! Hope you have fun watching the rest of the Europa League on TV while we are through. #SayNoToRacism #GoWatchBlackPanther”.

2018 and still racists monkey noises in the stands … really ?! ??‍♂️ hope you have fun watching the rest of @EuropaLeague on TV while we are through ??? #SayNoToRacism #GoWatchBlackPanther ✌?

UEFA subsequently opened disciplinary proceedings against Atalanta, but they confirmed on Thursday no punishment will be levied against the Serie A side.

“LOL. Must be my imagination,” the striker wrote on Twitter.

After Dortmund were knocked out of the Europa League by RB Salzburg this month, Batshuayi shared examples of racist abuse he received on Instagram.

“The problem is real,” Batshuayi wrote in a reply on Twitter after highlighting that some users sent him banana and monkey emojis.

“I always enjoy having fun and making fun, even of me, but not with these people.”

Also Read: Chelsea to return with bid for Koulibaly