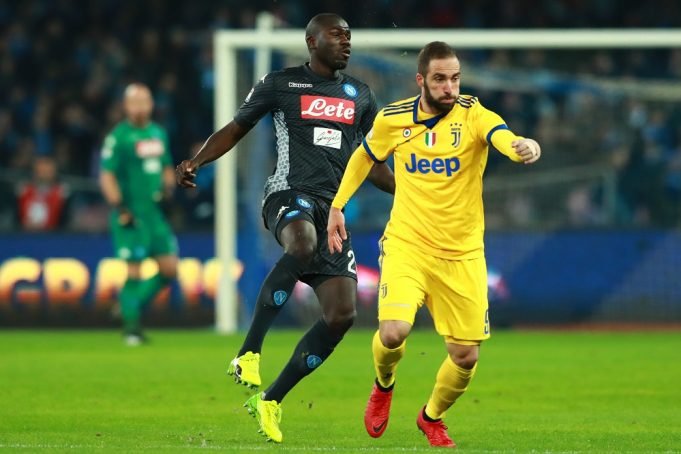 Chelsea have been interested in signing Serie A defender Kalidou Koulibaly for a long time. He held negotiations with the club two years ago but a deal never took place. Former Napoli manager Maurizio Sarri has been tipped to replace Antonio Conte ahead of the next season and there has been speculations that he could bring his former player along with him.

The Serie A giants value him around €100 million and the Premier League giants are reportedly preparing a club record bid for him.

But Koulibaly is not letting talk regarding his future affect his preparations for Senegal’s crucial Group H meeting against Colombia in Samara on Thursday.

“€100m, if you tell my parents this figure I think they’ll have a good laugh!” he told as quoted by Goal.

“This price is what the market dictates, I don’t think about it, I just try and do my best on the pitch.

“I don’t think for a minute about my future because we’ve worked for three years to be here and if something may confuse me during the World Cup I will leave it aside because I want to be 100 per cent focused on the World Cup.

“We’ve worked a great deal, we’re very committed and we want to be in the last 16. As for the rest, we’ll see later and all my team-mates should trust me and each other so I don’t give a minute to my future right now.”

Read Also: Serie A giants ready to make an offer for David Luiz