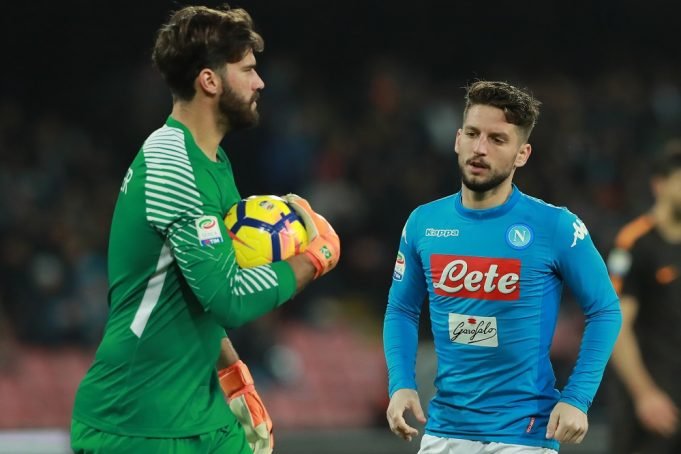 He returned to the club from Atletico Madrid in the summer of 2014 after he enjoyed 3 successful seasons on loan in Spain. Since then he has been the mainstay between the sticks and has developed himself as one of the best Goalkeepers in the world.

But the 25 year old has been stalling on signing a contract extension at Stamford Bridge for a past couple of months and could leave on a free transfer next year when his contract expires. The club are desperate to keep but they are also open to selling him this summer rather than to let him leave for nothing at the end of next season.

The Blues have prioritized the signing of Roma goalkeeper Alisson Becker if they fail to reach an agreement with Courtois.

He joined the Italian side from Inter Milan in the summer of 2016, signing a 5 year contract. He  spent the majority of that season as understudy to Polish international Wojciech Szczęsny, managing to make only 15 appearances in all competitions.

The 25 year old has been one of the most in demand players this summer and has been linked with many European clubs including the Premier League giants.

Chelsea have edged in front of Liverpool and Real Madrid in the race to sign Roma goalkeeper Alisson, reports Marca. The club maintain that no formal offers have been received, but the English side are ready to pounce amid the uncertainty surrounding their goalkeeper future.

Read Also: Chelsea target has no desire to leave Roma