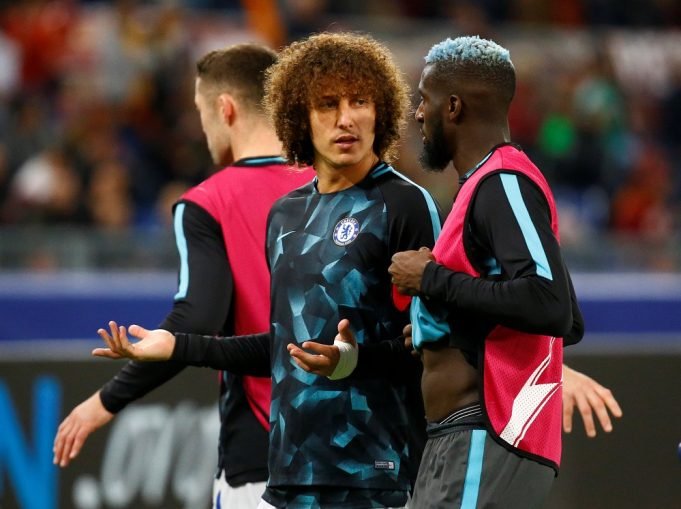 The Brazilian fell down the pecking order last season

But after an excellent season, the 31 year old struggled for a regular run in the team last season, managing to play just 17 times in all competitions. The defender spent most of the campaign sidelined with injury, although reports claim he was dumped after a bust-up with Conte.

He even missed out a place in the Brazil World Cup squad after an unconvincing campaign and it looks like his second spell at Stamford Bridge is all-but over.

Though the former Juventus manager has been tipped heavily to leave this summer and it is expected that he will be replaced by former Napoli Manager Maurizio Sarri. The Serie A team have already appointed Carlo Ancelotti as their new manager.

Should a managerial change be made, the Brazilian surely be eager to make a fresh start and try to prove his worth to his new coach in order to stay. But the Premier League giants are willing to ship him off to free up some extra funds as they are close to securing a deal for Juventus defender Daniele Rugani as a long term replacement.

The former PSG star has been linked with host of clubs including Arsenal, whose bid was rejected earlier rejected earlier this month. But the player could be reunited with his former manager as Serie A side wants to sign him.

Napoli are preparing to make an offer for Chelsea defender David Luiz, claims Il Matino. They are reportedly planning a £26 million bid for him.

He could be reunited with Ancelotti for the first time since his arrival at Stamford Bridge in 2011.

Read Also: Chelsea have made €30 million offer for Daniele Rugani