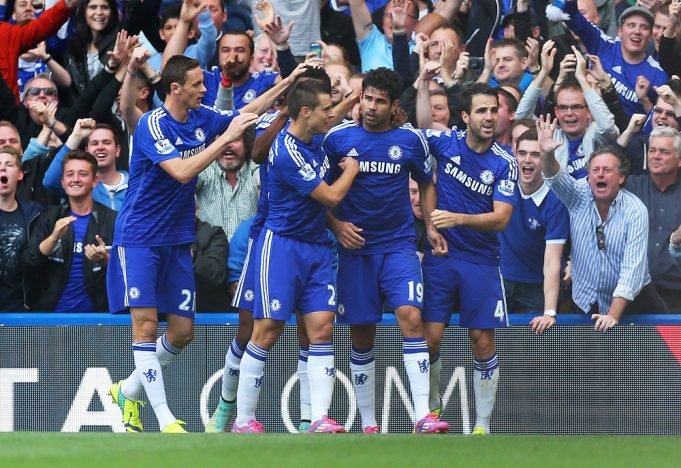 Morata yet to hit the right form for Chelsea

Former Chelsea defender Ken Monkou believes that Chelsea are struggling this season due to their parting with Talismanic Forward Diego Costa last summer.

Costa was pivotal for Chelsea last season as they won the Premier League for the second time in three years, scoring 20 goals for them. However he was sold to his former club Atletico Madrid after a fallout with manager Antonio Conte.

Alvaro Morata was brought to replace him. Despite starting the season brightly, he failed to fill the void left by Costa.

The Dutchman, who spent three years in west London between 1989 and 1992, told the Daily Mirror: “In any team you need a figurehead – a player who leads you in battle and creates problems for the ­opposition, and Costa was that player for Chelsea.

“He was Chelsea’s Didier Drogba or Zlatan Ibrahimovic – a player with a presence, charisma and aura around him on the pitch.

“Costa, Drogba and Ibra are players that set themselves apart ­because of their stature. And if you have someone like that in your team you are already one up against the opposition.

“Of course Chelsea have Eden Hazard, Willian, N’Golo Kante and Pedro, who are all top ­quality players. But in someone like Diego Costa you have a player who is an unknown quantity.

“Simply by being in the team his sheer presence will be a ­problem for opponents. When he played, Costa deflected attention away from team-mates like Hazard and Willian.

“He often occupied two or three players because you simply couldn’t take the risk of leaving him alone.

“Having someone like that leading the attack is a huge boost for the rest of the players and since he left to go back to Atletico Madrid, Chelsea haven’t had that kind of figurehead – and they have missed him.

“Alvaro Morata has come in and I do like him as a player. He’s got plenty of qualities, especially in the air where he is very strong. But Morata doesn’t have that same air of menace this season that Costa gave Chelsea… they haven’t carried the same threat without him.”