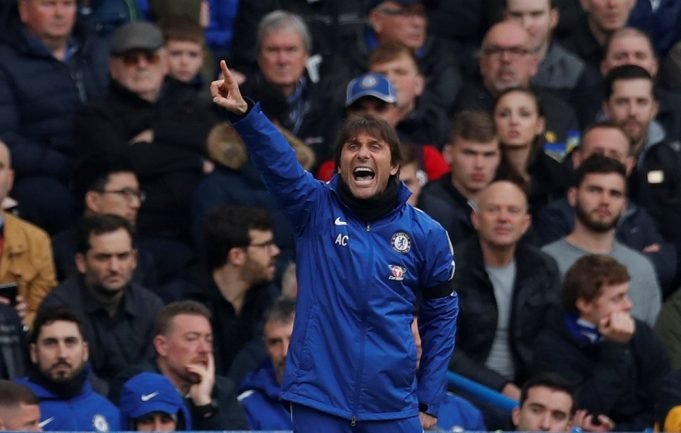 Top 4 finish looking quite difficult for the Blues

Another day to forget for Chelsea, as they were held to a draw 1-1 against West Ham at Stamford Bridge. Chelsea are now 10 points adrift of top 4 finish and on the verge of missing Champions League next season.

The Blues dominated their opponents from start to finish and only wasteful finishing and superb goalkeeping by Joe Hart prevented them from adding to Cesar Azpilicueta’s first-half opener.

Their failure to make their dominance count was punished 17 minutes from time when Javier Hernandez fired home just four minutes after coming off the bench.

Conte couldn’t believe that they failed to take all three points and was a frustrated figure. He felt this game summed up their frustrating season.

“It is very difficult to explain it,” he told Sky Sports.

“We dominated the game and created many, many chances to score but we didn’t and that explains our season.

“We have had good performances all season but you have to score. This is not the first time and we have to improve a lot. When you stay in this position in the table it means that you have a problem.

“We have to improve, we must win this game. Instead we are talking about a draw.

“You need the desire to score a second goal, a third, a fourth.”

“We must be realistic,” he added.