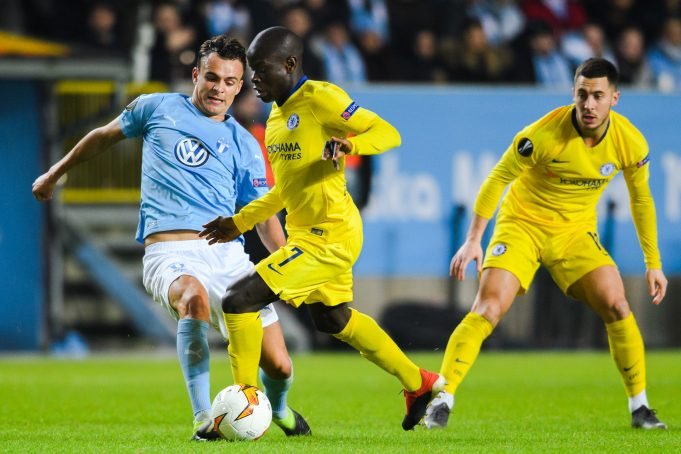 According to reports in France, Chelsea star N’Golo Kante has snubbed PSG because he wants to join other top clubs.

One of the best midfielders in the world at present, Kante joined Chelsea from Leicester City following Euro 2016. Kante has since been an integral player for Chelsea. So far, the Frenchman has made 123 appearances for the club, scoring 7 goals and providing as many assists.

This season, Kante has made 34 appearances for Chelsea under Maurizio Sarri, scoring 4 goals and providing as many assists.

However, it seems that Kante’s time at Chelsea might gradually come to an end as there are a number of clubs interested in signing him.

Ligue 1 giants PSG have shown interest in Kante since the summer and are still interested in signing him. However, Kante has told his representatives that he won’t join PSG. Kante has also named three clubs he would prefer joining. They are Real Madrid, Barcelona and Bayern Munich.

During the summer, Barcelona expressed their interest in signing the French midfielder. However, no move materialised.

Kante signed a new contract for Chelsea last November which kept him at the club till 2023. However, with Maurizio Sarri frequently playing him out of position, the France midfielder might prefer a move away from Stamford Bridge.