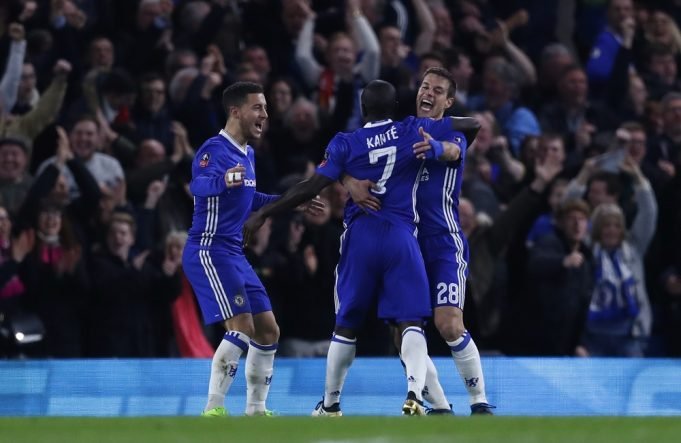 Chelsea signed N’Golo Kante from Leicester City for a reported fee of £32 million, signing a 5 year contract in the summer of 2016. The midfielder won the Premier League with Leicester in the 2015-2016 campaign and was very influential for them, before moving to Stamford Bridge.

The French International settled into the team very quickly and inspired his team to win the Premier League title. He also won the PFA Player of the Year last season.

But the Blues have struggled this season and are on the verge of missing the Champions League next season. Many players are already linked with a summer exit and Kante is one of them.

Paris Saint-Germain are keen to explore their chances of making a big-money move to secure N’Golo Kante from Chelsea. Last summer signing Kylian Mbappe was excited by the links for his club to his national team colleague.

“Kante, in terms of our needs and also the quality of the player,” Mbappe told beIN Sports when questioned about which player he would like to see at the club. “I think he’s a player who’d suit our team perfectly.

“He’s French, and bringing a Frenchman back would be good as far as the attractiveness of our league is concerned. I think all the French love N’Golo Kante, and it would be a pleasure to see him again in our league.”

But the Ligue 1 giants face huge obstacles. Their recent signings Neymar and Mbappe leaves them at risk of falling foul of the Financial Fair Play rules set by Uefa. And if they want to sign the 27 year old they have to sell players at-least equal value to the midfielder.

But Chelsea will resist any moves as they see Kante as a huge asset and the France international will need to have his head turned, as he isn’t yet sold on moving away from England or back to France, Goal understands.