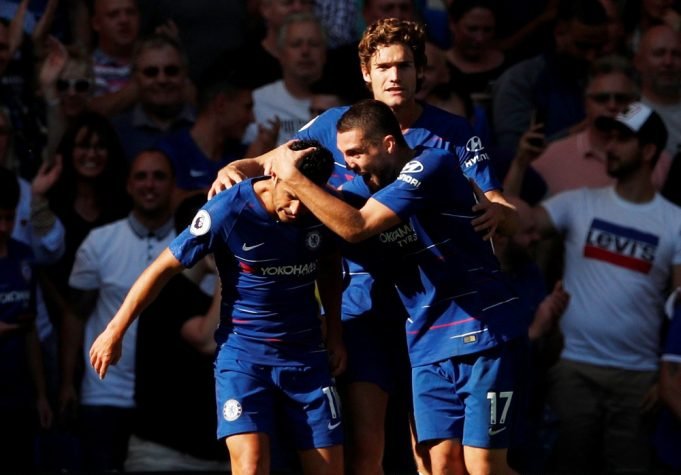 Chelsea completed the signing of Real Madrid midfielder Mateo Kovacic on a season long loan earlier this month. He came as a part of a deal which see Belgian goalkeeper Thibaut Courtois going the other way.

But since joining them, the Croatian struggled to lock down a starting role at the Santiago Bernabeu. He has failed to oust countryman Luka Modric, Toni Kroos and Casimero and often been reduced to the bench.

Though the midfielder didn’t feature in the opening Premier League games, he has featured in the 4 matches and has been very impressive alongside N’Golo Kante and Jorginho. The Blues are currently on top of the table, having won all the 5 fixtures.

However, he was rested for club’s Europa League opener against PAOK Salonika on Thursday night to keep him fresh for Sunday’s fixture against West Ham United. The London Outfit won the game 1-0, keeping the 100 percent start intact.

Kovacic has admitted he still watches videos of former Manchester United midfielder Paul Scholes in order to improve himself.

“Every player has to be himself – but for me Scholes was one of the best ever,” he told The Sun.

“He was amazing. I still enjoy watching his videos on YouTube. Sometimes I go home and watch him to learn something new.

“He had everything, he was the modern midfielder – scoring goals, defending well, tackling. I don’t copy anybody but I do like to watch Scholes. I also watch other players to see what I can do better.