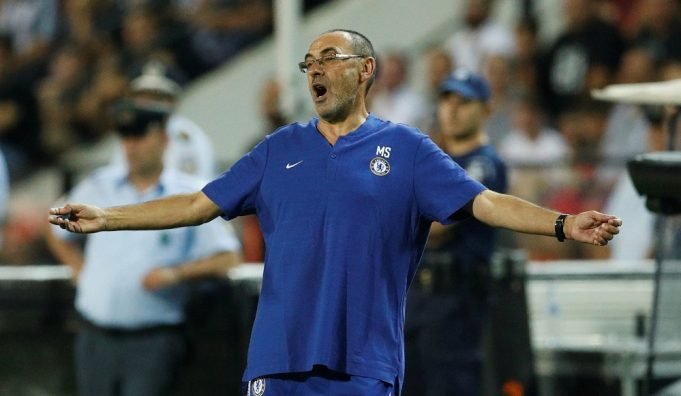 The player’s future at Stamford Bridge is uncertain

Gary Cahill was one of the important players for Chelsea during the 2016-2017 season in their Premier League winning campaign. Though he struggled to continues his form last season under Antonio Conte.

But he has fallen down the pecking order under new manager Maurizio Sarri and is yet to appear in any of the 5 Premier League fixtures so far. The Italian has picked David Luiz and Antonio Rudiger in his back-four for the wins.

The 32 year was even left on the bench for the London Outfit’s Europa League opener against PAOK Salonika as they won the game 1-0, keeping their 100 percent start intact.

The defender admitted that he might leave Stamford Bridge in January if he doesn’t get regular games.

He said: “For me to do this all season is going to be very difficult.

“Sometimes you have to make those decisions to keep going and progressing.

“Obviously the most important thing is the club, but I have to look at my situation.

“And if I’m sat doing what I’m doing at this moment in time, I just hope that the club will respect that when it comes to the time.”

Matt Le Tissier believes Sarri will understand how Cahill feels and has backed the manager to find a replacement if he leaves.

“No, I don’t think it is an issue,” Le Tissier said as quoted by Express Sports.

“I think as long as the manager keeps him in the loop with everything.

“If he wants to go in January, I think he’s at an age now where the manager should just go ‘do you know what? I think you’re absolutely right’.

“They have to adapt with the players they’ve got there and if he has to go out and do a little bit of business in January, then so be it.

“They’ve got the funds to do that, so as long as he manages the situation finely then I don’t think it’s a problem in the dressing room.”

Read Also: Maurizio Sarri is eager to sign Serie A star in January