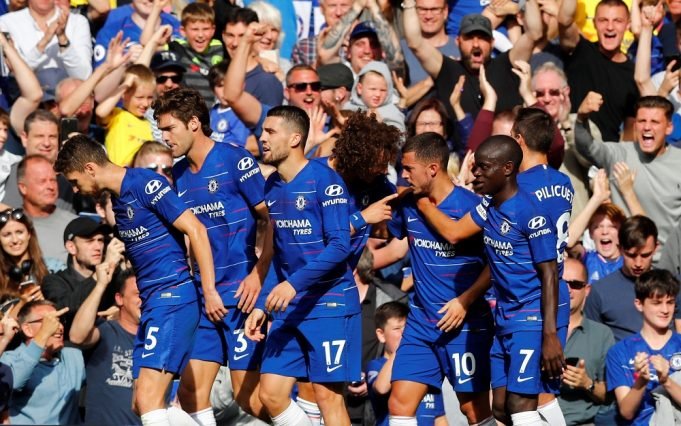 The Belgian has been instrumental so far this season

The 27 year old has featured in all the Premier League fixtures so far this season, scoring 5 goals and providing 2 assists. He scored a hat-trick against Cardiff City on Saturday, maintaining the club’s 100 percent record and are on top of the table.

The Belgian remained in England after asking Maurizio Sarri to be rested for Europa League game against PAOK in Greece on Thursday.

Mateo Kovacic believes Hazard is one of the best three players in the world and admitted its a privilege for him to play alongside him.

He said as quoted by Metro: ‘He’s very good. I didn’t know that he’s so good. Obviously I knew he was a great player but now when I see him playing with us every day and every week he is just incredible.

‘For me in this moment he is one of the three best players in the world so I’m enjoying playing with him. The other players here, there is some amazing talent and we can do great things.’