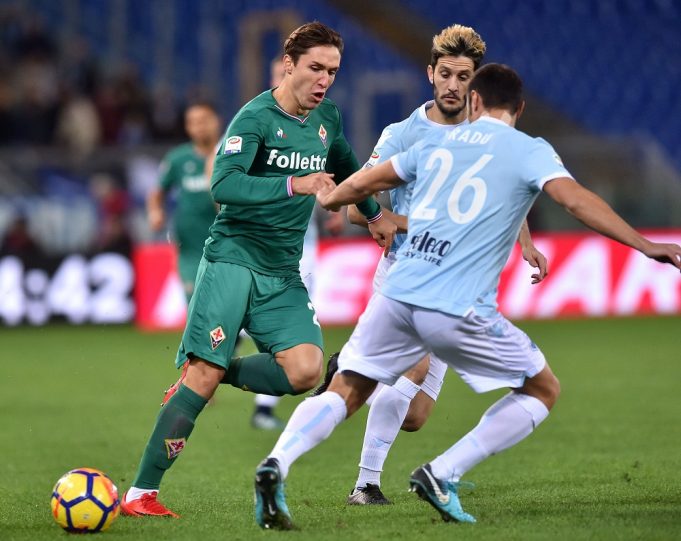 Three Italian sides are also interested in signing him

The London outfit have won all the 5 Premier League fixtures so far this season against Huddersfield, Arsenal, Newcastle United, Bournemouth and Cardiff City. They are only 1 of the 2 teams to have 100 percent record, other being Liverpool.

They have been tipped off as one of the favourites to win the Premier League title this season. However, it has been suggested they could further bolster the squad during the January transfer window to mount a genuine title challenge.

Sarri is eager to sign Fiorentina star Federico Chiesa in the January transfer window, The Sunday Express (via Sportmediaset) reports.

The 20 year old came through the academy ranks of the Serie A giants and made his senior debut for the club back in 2016. He is one of the most promising prospects in Serie A and already racked up 67 appearances in Serie A with La Viola managing 10 goals and 13 assists.

Several Serie A giants like Inter, Juventus and Napoli have also set their sights on the talented winger. He has already been subject to a £50 million bid from the Turin Sidewhich was turned down in the summer.

Read Also: Chelsea star admits he might leave the club in January