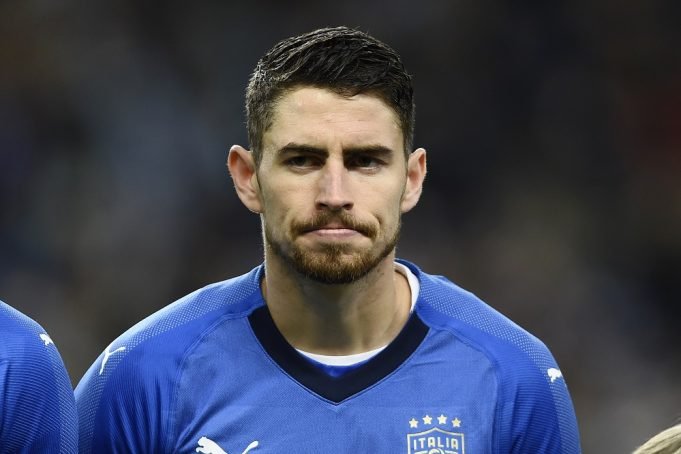 The midfielder snubbed the chance of joining Manchester City

Chelsea confirmed Maurizio Sarri as their new head coach last week. He signed a three-year deal with the Stamford Bridge side and has replaced replace Antonio Conte, who was sacked despite his contract expiring next summer.

The Blues also signed midfielder Jorginho from Napoli, signing a five-year deal with the club for a fee around £57 million. He became the club’s first signing this summer and has followed his former manager to England.

Manchester City were also interested in signing the Italy International before the World Cup but they were not ready to pay the Italian side’s asking price. The player eventually snubbed the chance of joining the Premier League champions.

The 26 year old joined the Serie A giants from Hellas Verona in 2013 and has been a mainstay in the midfield since then. He has constantly performed at the highest level and developed himself as one of the best midfielders in the league.

The Italian was pivotal for the club last term, linking the play between defense and attack. He scored 2 goals and assisted 4 in all the competitions.

Jorginho claims that he brings a unique style with him to the club and is not something that is seen in England.

He told Chelsea official website on what he brings to the fold: “Perhaps my style of play is not something that is seen in England.

“I really hope that it is a good fit for the game over here and I will certainly be doing everything I can to make sure it works out.”

Quizzed on what he considers to be his best position, the Brazil-born star added: “I like playing just outside of my own penalty box, the player who receives the ball and organises the game.”

He added: “Since I was little I was someone who always enjoyed challenges and for me this is just a huge challenge, professionally and personally, and it really inspires me, this opportunity to really have an experience and I am really excited about that opportunity.”

“When we were together at Napoli, it was a case of me taking on his mentality and putting that together with the characteristics I have as a footballer.”