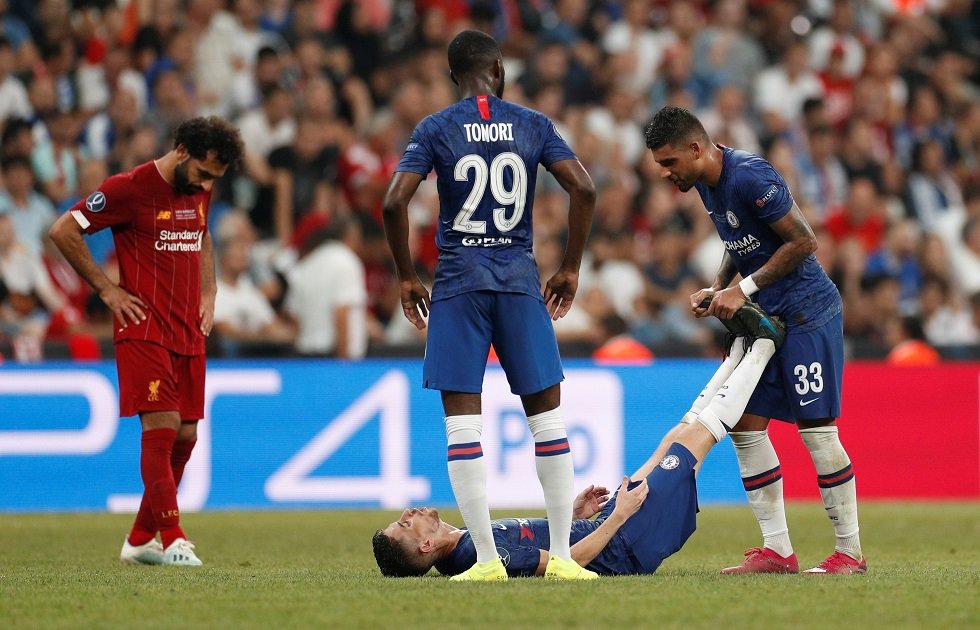 Chelsea have been a major boost ahead of their return to the Premier League fixtures.

Emerson Palmieri has returned to training with the first team after picking up a knock in the 2-1 defeat against Liverpool.

The Brazilian-born defender was originally injured on international duty with Italy, back in September. He returned to action against the Reds only to suffer a setback after the first 15 minutes of the match.

Frank Lampard has fully integrated Emerson into the first team after Marcos Alonso fell out of favour under Maurizio Sarri last season. Chelsea are fifth in the Premier League standings and are due to face off against Newcastle United on Saturday.

Good to be back training with the lads! #CFC #EP33 ?⚪️ ?? pic.twitter.com/aTQHGgMqCV

Lampard still has to worry about the fitness of his influential trio, N’Golo Kante, Matteo Kovacic and Andreas Christensen – all of whom picked up injuries while on international duty.

Kante’s recurring short spells on the sidelines could take a toll on Chelsea’s seasonal aspirations. Christensen and Kovacic can still be replaced but the Frenchman is an integral part of the Blues midfield.