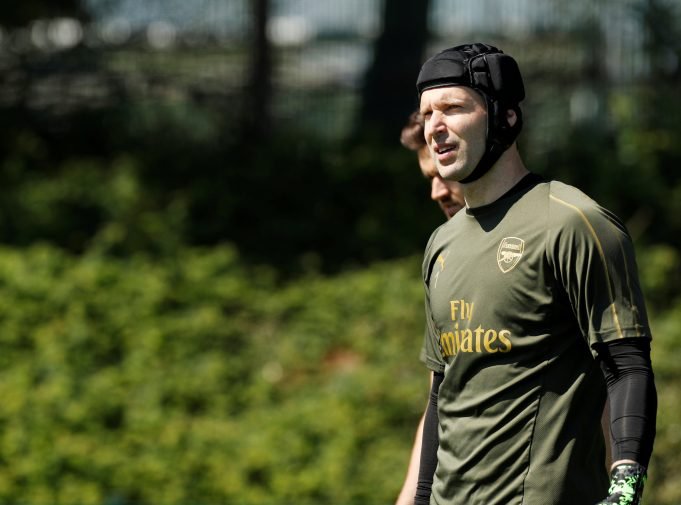 Chelsea assistant coach, Carlo Cudicini believes that the Blues can expect to see Petr Cech in front of the opposition goal in the Europa League final.

The veteran shot-stopper created quite a stir among the Arsenal fan base when his name got linked with the sporting director position at his old club. The Gunners obviously will see this as colluding with the enemy but there is hardly any denying Cech’s professional attitude.

“It’s a big match for Petr, it’s his last match at the end of an unbelievable career and his last chance to win a trophy,” Cudicini told Sky Sports. “Also he will play against a club which has been an important part of his life and career. It’s a huge, huge match for Petr but he is a professional and he is intelligent. For sure all of these things will play an emotional part for him.

“But once you are on the pitch, you forget everything and you play to win the trophy – Petr will do that. For us (Chelsea) he is obviously an enemy for 90 or 120 minutes, for however long we are on the pitch.”

Arsenal boss, Unai Emery has now been forced to decide on either fielding or benching Cech for the final game of his playing career. The 37-year-old was quick to ward off any talks of him agreeing terms with Chelsea when he was being approached by the Gunners for a backroom position as well post his retirement.

“Despite the news today as I had already said to everybody before, I’ll make decision about my future after the last game,” he tweeted. “Now my sole focus is to win the EL with @Arsenal.”