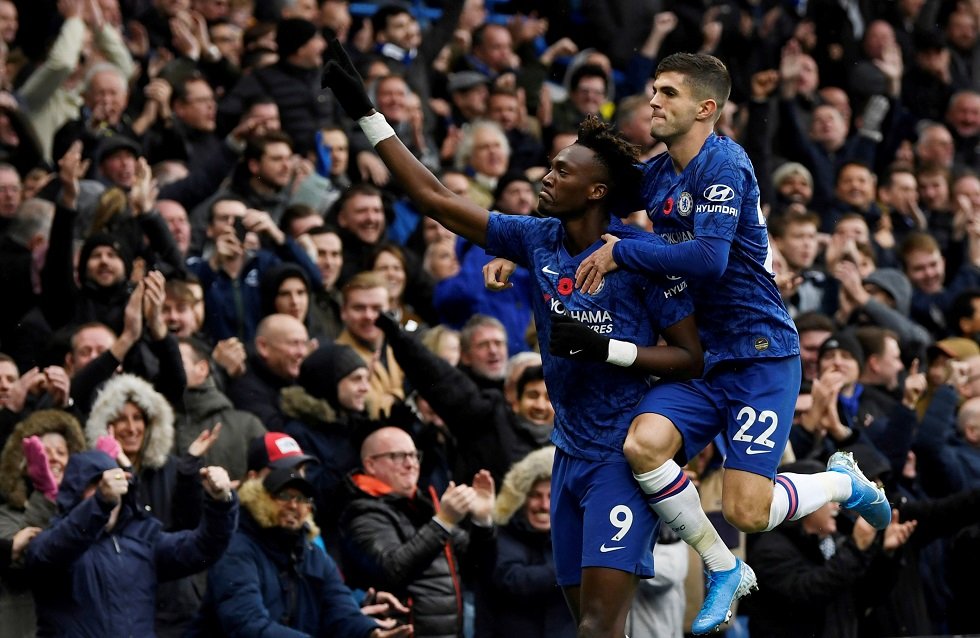 Tammy Abraham moved onto double digits for Chelsea with his goal against Crystal Palace on Saturday.

The Englishman has now struck 10 goals in 12 Premier League appearances, falling just one short from Jamie  Vardy as the league’s top scorer.

It has been inspiring to see the 22-year-old grow from starring in the Championship to putting away top opposition in the Premier League. He rightfully has become the Blues’ starting number nine and that is not expected to change anytime soon.

Other than being in terrific form, Abraham admits there is a complete sense of opportunity amongst the Chelsea players. The entire dressing room fully believes that they can score in the every game which was absent in the prior Stamford Bridge setup under the likes of Maurizio Sarri and Jose Mourinho.

“It wasn’t our best game [against Crystal Palace], but the most important thing was that we got the three points. It was hard work. Crystal Palace are a good side, they defend well as a team and in the first half, they frustrated our style of play.

“At half-time, the manager said we needed to stay focused, and the chances would come. We came out, we believed, we didn’t change our style of play, we wanted to show our attacking football, and we got our two goals.”