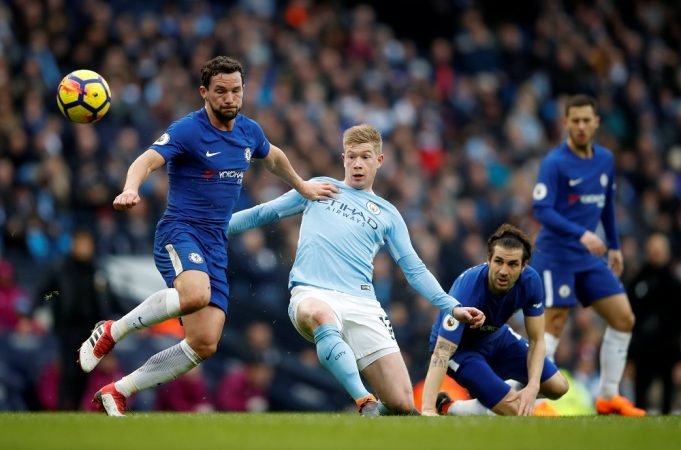 The player has fallen down the pecking down under Maurizio Sarri

Danny Drinkwater was one of the Chelsea’s signings last year from Leicester City and was brought to re-establish his Premier League-winning midfield partnership with N’Golo Kanté.

The midfielder was bought for £35 million on deadline day in August having made clear his desire to move. He even submitted a transfer request to force through the deal, only to succumb to a calf injury on his arrival.

The former England International was unable to play at all until the end of October because of niggling injuries and illness in the period. He just managed to start in 12 matches across all the competitions under former manager Antonio Conte.

Maurizio Sarri brought Jorginho from and Matteo Kovacic from Real Madrid on a season long loan in the summer. The Blues were keen to sell the 28 year old or send him out on loan during the summer, but he wanted to see whether or not he would feature in the new manager’s plan.

However, he is yet to appear in any fixture under the Italian so far and was not even named club’s Europa League squad.

It has been suggested that the London Outfit will the player in January as he earns around £100,000-a-week, meaning he has cost the club well over £40 million in transfer fees and wages despite his minimal impact.

Danny Drinkwater is not looking to quit Chelsea any time soon, according to the Telegraph.

It is understood that the Englishman is prepared to wait until the end of the season to find the right move if it does not come up in January.

Read Also: Chelsea loanee is determined to return at the club