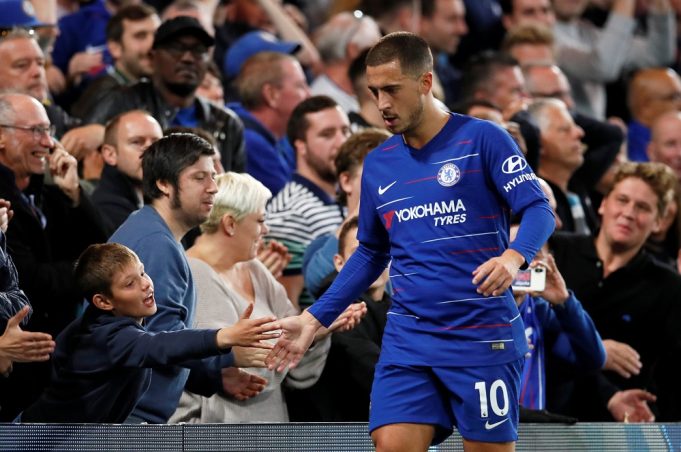 The 27 year old has hit the ground running for the Blues, scoring 6 goals and provided 2 assists in the first 7 games. He scored an impressive hat-trick against Cardiff City and is the current leading scorer in the league.

The winger was also in fine form for the London Outfit against Liverpool in the third round of Carabao Cup last week as he scored a stunning solo goal to win the match after coming on as a substitute.

“Why not? Why can’t he be the best in the world?,” Wise said on Sky Sports News as quoted by Express Sports.

“I think you’ve got to start winning Champions Leagues.

“It’s not only his goalscoring but it’s his overall performances that have been outstanding.

“Everyone is touching on ‘is he the best player in Europe?’ and I think he’s close to that, I really do.

“I think he’s been absolutely outstanding since he’s come back from the World Cup.”

Read Also: Maurizio Sarri admits Chelsea star is much better than he thought