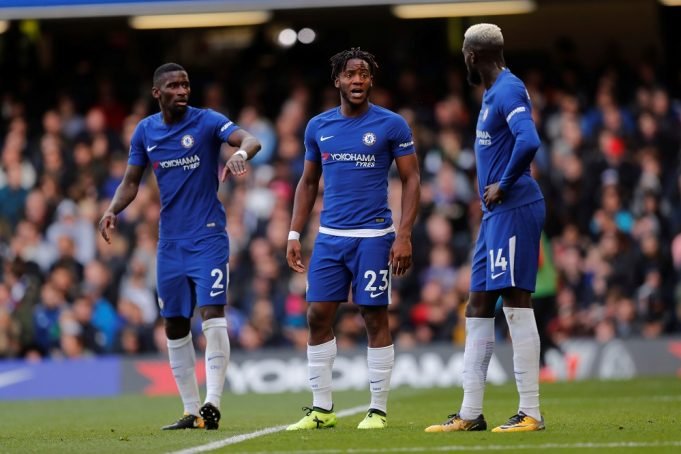 The player does not want to make his loan switch permanent

Michy Batshuayi joined Chelsea for a reported fee of €40 million, signed a 5 year contract in 2016 and was the first signing under former manager Antonio Conte. Despite boasting a decent strike rate of 19 goals in 53 appearances, he found regular starts hard to come by.

Alvaro Morata was signed by the Premier League giants last summer to replace the Spanish striker, who returned to his former club Atletico Madrid. His bright start in the Premier League kept the Belgian out from the starting line up again.

With Conte reluctant to put his faith in the striker, and Olivier Giroud snapped up from Arsenal, he was allowed to join Borussia Dortmund on loan for the rest of the season in January transfer window.

The player was a part of the Belgium World Cup Squad, as his nation finished third in the tournament.

Maurizio Sarri decided that he can do without him this season and joined Valencia on a season long loan. Former Marseille star has featured in all the La Liga fixtures so far, scored 1 goal and became the first man this century to score in the Premier League, Ligue 1, Bundesliga and La Liga.

However, Batshuayi is determined to return to return at Stamford Bridge and have no intention to make the loan deal permanent.

‘No [I’m not looking for a permanent move]. I’ve so much respect for Chelsea and I love them,’ he told the Times.

‘This loan is important for my development, to show how good I am so that I can go back to Chelsea a better player.

‘Everyone knows there’s real emphasis on technique in La Liga and I’m a technical player; in that sense it’s a good fit.

‘But all leagues are a good fit for me — I can play anywhere. Germany and England were good fits too.’

Read Also: Chelsea star told to wait for a decision to be made on his future