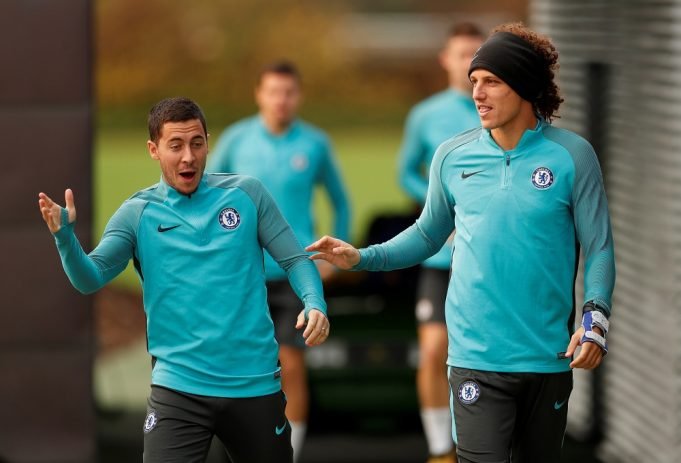 The Blues are eager to keep him at the club

Chelsea resigned David Luiz from Paris Saint-Germain for £32 million on transfer deadline day back in August 2016, after selling the player to the Ligue 1 giants back in 2014.

The Brazilian quickly settled into the team and inspired the Blues to win the 2016-2017 Premier League title under former manager Antonio Conte. He was one of the standout players that season and was named in the PFA Team of the year.

But after an excellent season, the 31 year old struggled for a regular run in the team last season, managing to play just 17 times in all competitions. Though he was injured for a period of time but there were reports that he had a fallout with the Italian manager.

The centre-back even missed out a place in the Brazil World Cup squad in the summer after an unconvincing campaign and looked like his second spell at Stamford Bridge was all-but over as it was suggested he could leave the club in the summer transfer window.

However, the Brazil International has found his way back into the starting XI as new manager Maurizio Sarri have considered him and Antonio Rudiger as his first choice centre-backs. He has featured in all the Premier League fixtures so far this season as the club are 2 points off top of the table.

Chelsea are set to put fresh terms to David Luiz in an effort to keep him at the club, reports the Evening Standard.

The defender is in the final year of his current deal, but talks have been opened with a man who has returned to prominence under Sarri regarding a 12-month extension.