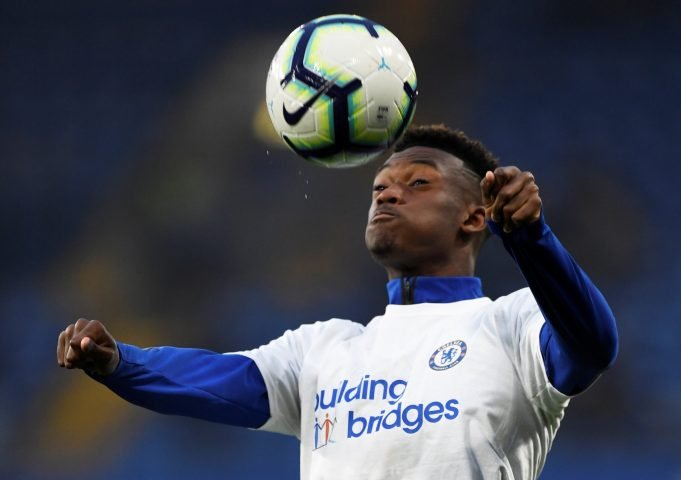 Callum Hudson-Odoi has hailed Eden Hazard after the Belgian’s incredible brace helped Chelsea move up to the third spot of the Premier League.

The Blues were led from the front by Hazard but Hudson-Odoi was quite impressive from the right wing as well. The youngster could have easily assisted Ross Barkley to the third goal if his cross was better anticipated by the latter.

When asked what it was like to play alongside Hazard, Hudson-Odoi said, “It’s a dream. Such a player like that is an inspiration to everyone I think.

“The way he plays, I watch and learn from him every time in trying or in matches. He’s a very good role model to look up to and off the pitch as well he’s a very nice guy. So, he’s an exceptional talent on the pitch and a great person off the pitch.”

With Hazard regularly getting linked with a move to Real Madrid, the teenager was asked if he could fill in as a replacement from next season.