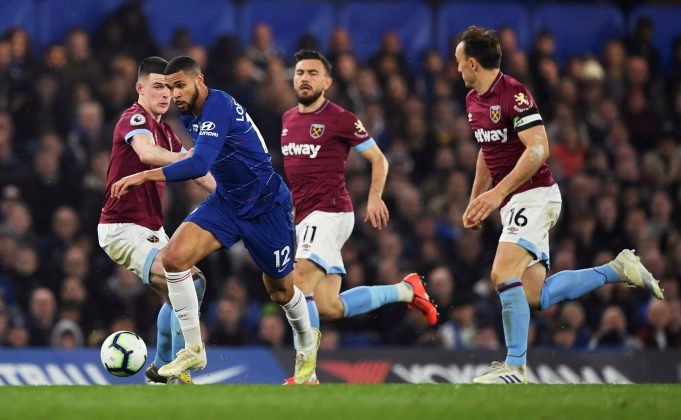 During Chelsea’s 2-0 victory over West Ham United on Monday night, Maurizio Sarri made the decision to substitute Ruben Loftus-Cheek at the hour mark.

Many of the Blues fans were questioning the Italian’s decision since the midfielder was performing so well for their side.

However, Sarri has already explained that Loftus-Cheek is not cleared to play entire games just yet. He is working his way back to fitness and is not yet ready to finish 90 minutes on the pitch.

The Englishman has made 32 appearances this season, managing a decent tally of 8 goals and 4 assists. The last time he played a full game was in March, in the Europa League 5-0 win over Dynamo Kiev.

After the game, Loftus-Cheek told the club’s official website, “I really enjoyed it, it was my first 90 in a while. It was difficult at the end but I kept pushing to try and get the runs in my legs and I’m really happy with that.

“It’s difficult when you’re not playing as much as you’d like and you’re not playing 90 regularly. Before I was injured I was playing quite a bit and I was feeling good and then I got injured again at the wrong time for me. I had to take it slowly but I’m building up nicely.”

It is promising to see the Chelsea product finally get a run of games under his belt but the fans.