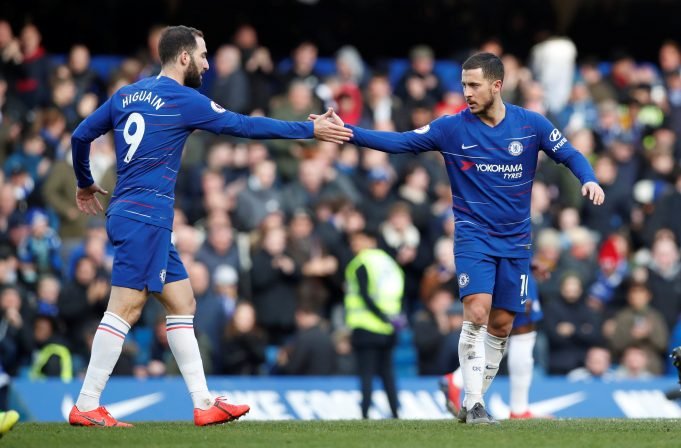 Chelsea moved up to the third position in the Premier League table with a 2-0 win over West Ham United although they have played a match more than both Arsenal and Tottenham Hotspur.

Hazard scored a delightful solo effort which could compel the Real Madrid hierarchy to launch an imminent attempt to hijack the player. The Belgian forward is believed to be a Madrid target and is poised to get attraction in the summer transfer window.
He is also going to enter his final year of the contract in the next season and the Blues could be forced to cash in on the player.

Higuain said, “What can I tell you? Those are things that involve the club executives and the desire of the player.

“When a player has a desire, it is difficult to change his mind.”

“He is one of the best [in the world]

“It is obvious that, when he is at this level, he gives you points, he gives you goals and the truth is that it is a great asset to have him with us.

“Here what matters is Eden’s decision and the decision of the board. I cannot do anything. He has not asked me [about life in Madrid] but if it’s what makes him happy, I wish him the best. I hope he can stay.”