Chelsea owner Roman Abramovich has been told to sign Ben Chilwell to Chelsea by Frank Sinclair.

Chilwell was a strong target for Chelsea’s upcoming transfer window opportunity and rumours have been circlulating about his signing. This is especially possible due to the transfer ban being lifted for Chelsea for the first time under the reign of Frank Lampard as manager of the club. However, nothing has been confirmed yet.

Chelsea star Frank Sinclair told the Daily Star: ‘For me the obvious player is Ben Chilwell, although Brendan Rodgers won’t want to lose him.

‘Obviously Frank chopped and changed at left-back. In recent games Cesar Azpilicueta has played out there, which he did in a title winning side for Chelsea.

‘But his strengths are at right-back and the left-back issues clearly need resolving. Chilwell is a full international and in the top two or three English full backs in the country.

He’s in great form, but whether Leicester will sell him is very debatable. Roman Abramovich would need to splash out at least £70m or £80m to bring him in.

‘And, given his own uncertainty with the football club, I don’t think he’s ready to do that.’ 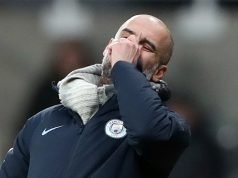