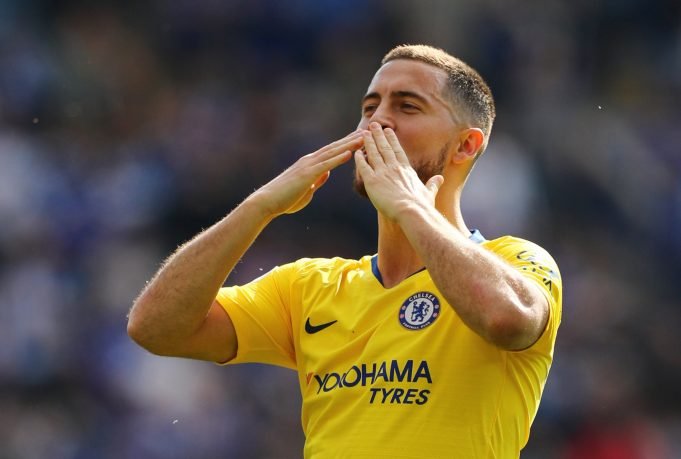 Eden Hazard has admitted that winning the Europa League would be the ideal note to end his Chelsea journey on.

The Belgian is set to play in the first European final for the Blues after missing the last one in 2013 through injuries.

“That would be good. That would be a nice last trophy. I just want to win the trophy, that is it. It does not matter if I score or I do not score. If it is my last game, I hope to bring the trophy,” said Hazard.

“It is a European competition so for me, for the club, for the manager, for the fans, it is something important. When you play a final it does not matter whether it is the Champions League, Europa League or League Cup you just want to win, you just want to bring the trophy home and celebrate that. Yes, [it would be the perfect goodbye].”

Hazard collected 31 goals and assists in the Premier League but he does not believe individual statistics are a sign of success.

“In terms of goals and assists, yes this has been the best. But, for me, a good season is not whether I scored 40 goals. I want to win something at the end of the season. I don’t think it is my best season, to be fair. I don’t look on just about statistics. I think I can still improve,” the 28-year -old added.

“I think my best was when we won the first league (2014/15) under Jose. The way I was playing for me was the best. I was more consistent.”

“I had a chance to sign for Man United, Man City, Tottenham but I think I made the right decision. My agent at the time was talking with Arsenal, but not like with Chelsea.

“I spoke with the owner, with (Roberto) Di Matteo and we talked about everything. I had (Didier) Drogba on the phone and Joe Cole told me this was the best club. I was a little bit scared as when I came Didier left and when you have Didier in the team, for sure, you win a trophy.

“But at the end, I played with top players and if you look at my seven years at Chelsea we did something amazing together. We won trophies together and I am just happy.”