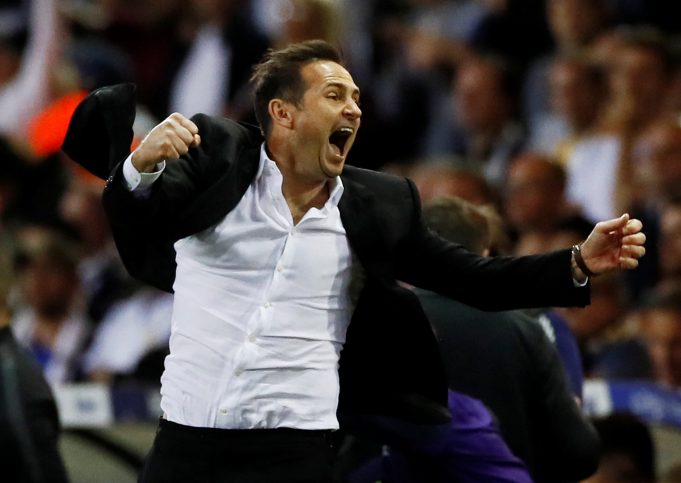 Frank Lampard feels Derby County’s playoff final encounter with Aston Villa is similar to Chelsea’s much anticipated clash against Liverpool which was labelled as a Champions League “qualifier”.

Lampard led the Rams to the Championship playoffs and could create history if they get the better of Villa on Monday at the Wembley. The hype around this cash rich game has already caught both sets of supporters as whoever wins the match will be promoted to the Premier League and it could also boost the financial structure of the club as this game is expected to generate around £170m in revenue for the promoted club.

Lampard said, “If I can match it to something it will be the Chelsea game we played a long time ago just before Abramovich came to the club.

“We had a game against Liverpool to make it to the Champions League. If we lost that game the club was in real trouble, and if we won then things would change. Although we didn’t quite know how well they would change.

“There was tension before that game among the players but I don’t feel that here. It’s a crucial game for the club but what I’ve tried to do is take that away from the players.