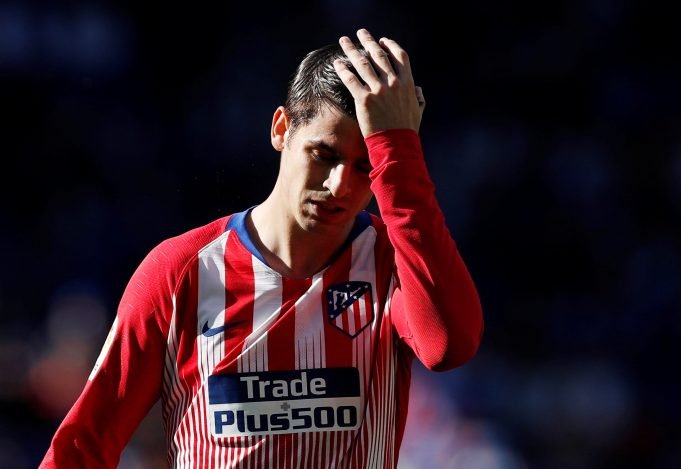 Alvaro Morata wants to stay at Atletico Madrid for the rest of his career.

The Spanish international moved to Spain in January on 18 months loan deal while Maurizio Sarri brought in Gonzalo Higuain from AC Milan to boost his attack.

Morata had a rather slow start but has improved his goal scoring record as he has added six goals to his tally since moving to his boyhood club. The 26 year old had struggled since arriving at Chelsea from Real Madrid in 2017.

His bad patch of form saw him missing out Spain’s World Cup squad in the last year. With the Blues serving an impending transfer ban, it would be difficult for the West London giants to bring in a top striker.

But Morata has made it clear he will remain at Wanda Metropolitano for the remaining part. “I have been clear that I want to be here. It’s not even in my head to leave this club.

“I want it to be resolved as soon as possible, I’m happy here, I want to be here for all the years I have left as a professional.

“If it was solely down to me, I would have signed my contract with Atletico.

“I did everything possible to come here and I will do my best to stay.”