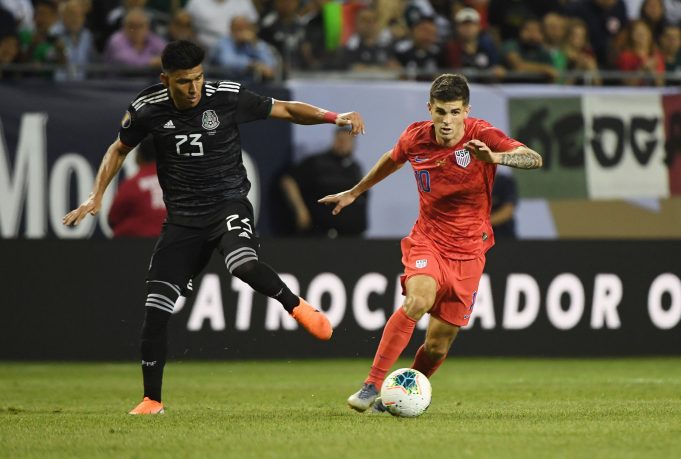 Frank Lampard believes Christian Pulisic has ‘a lot of potential’, according to football consultant, Ian McGarry.

The new Chelsea manager is expected to try out all his wingers in Eden Hazard’s vacant spot next season. Pulisic is obviously an outright candidate, having been signed for such a tidy but veterans, Pedro and Willian have also been assured of starting out the season in Lampard’s 4-2-3-1 setup.

“As far as I’m told and speaking to people at Chelsea, people close to Frank Lampard, he sees a lot of potential in Pulisic,” McGarry said on The Transfer Window podcast.

“But having lost Hazard, he was very keen to reassure Pedro and Willian that they had his confidence and that he would be relying on them initially, certainly, to begin the season as the wide players in the attacking three and that Pulisic will probably alternate with Mason Mount in the number 10 position, with Mason Mount upfront.

“So it will be very interesting to see how that pans out.

“I think with Hazard obviously in the last few seasons, Pedro and Willian have basically been rotated despite the fact that they’ve got very, very good statistics with regards to goals and assists as well.

“I think it’s gonna be a little bit of the young and the old from Frank Lampard when the season starts, because of the injuries that we’ve already talked about.

“The advantage he has is that with no transfer availability in this window or indeed January because of the ban, it will be a case that he’ll be able to put young players in the team and then if they learn a lesson by getting thrashed by a team better than them, then he can say ‘well look, these guys have got to learn. This is what it’s about. You can’t expect to win all the time or you can’t expect to win most of the time. Sometimes you get turned over and they have to learn that lesson. And if they’re not in the team they can’t learn that lesson.’

“So I suspect that’s exactly the attitude he’s going to be taking with Chelsea this season coming with regards to the younger players, but he’ll give himself the safety net of still obviously relying on senior professionals with regards to certain positions and ensuring that Chelsea are competitive in all areas.”