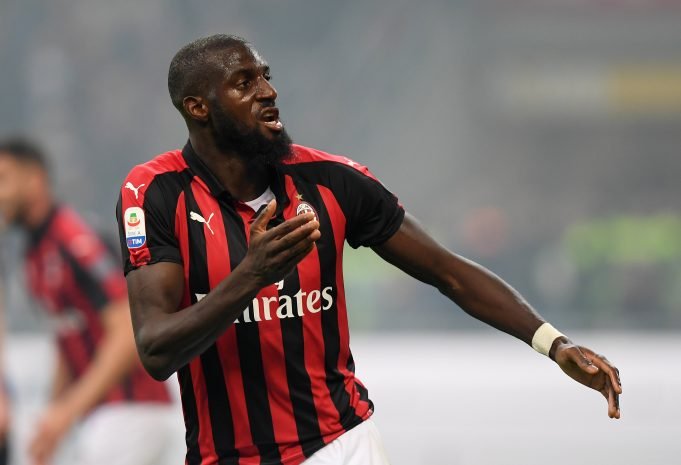 Chelsea fans might have to warm up to the idea of Tiemoue Bakayoko returning to Stamford Bridge for good this summer after his loan spell with AC Milan.

The midfielder’s brother and agent already confirmed the news and the Rossoneri fans are sad to see him leave.

A flop debut season in the Premier League, Bakayoko just managed to rebuild his footballing career in the Serie A. He became a midfield force under Gennaro Gattuso, making 42 appearances across all competitions.

The AC Milan boss stated his admiration for the 24-year-old and how much he has seen him develop in just one season. “The biggest surprise is seeing how he has improved in reading situations during the game on. On a tactical level, I’m surprised. He completely bought into the things we showed him on video,” Gattuso said.

“It was also nice to see the appreciation from the fans as well. With my [assistant manager Luigi] Riccio, I said that it seemed like we were watching [Marcel] Desailly, and maybe Bakayoko is a bit more technical.”

There was even a stretch of 10 games this past season out of which Bakayoko got named as the ‘Man Of The Match’ on 5 occasions. If it were not for an ugly bust-up with the manager late into the 2018/19 campaign, the Frenchman could easily have been a permanent Milan player from this summer on.

The Rossoneri will not be exercising their buy-back clause and the once ‘disgraced’ midfielder is about to put on the Blue jersey once again. He could not even imagine a Chelsea future under Maurizio Sarri but now that the Italian has been linked with a move away to Juventus, Bakayoko could once again be a regular face in South West London.