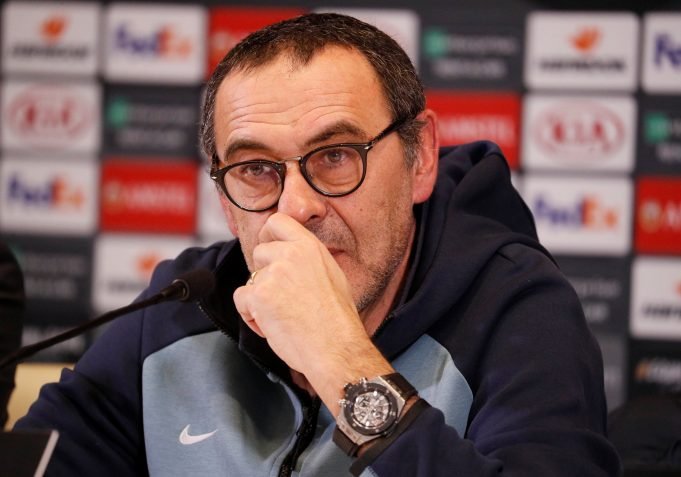 Maurizio Sarri has caused quite a stir this summer, drawing strong links to the vacant managerial position at Juventus.

The Italian manager who led Chelsea to a third-place finish in the Premier League and the Europa League trophy this past season has admitted to being homesick amidst him being lined up to succeed Massimiliano Allegri.

However, for weeks, no concrete report has emerged confirming Sarri’s departure as plenty of news outlets believe that all parties are probably negotiating on a particular deal.

“For us Italians the call of home is strong. We feel that something is missing. It has been a heavy year. I begin to feel the weight of distant friends, elderly parents I rarely see,” the 60-year-old boss told the press.

“But at my age I only make professional choices. I won’t be able to train for 20 years. It’s hard work, the bench. When I return home to Tuscany I feel like a stranger.”

Sarri’s compatriot and the recent manager of AS Roma, Claudio Ranieri has somehow leaked the news of Sarri actually signing for the Turin-based outfit.

And when asked about his time back in Italian football, the former Leicester City coach said, “How did I find Italian football? An improvement and with the possibility of evolving again. The signs are positive. We are going to have a season that I imagine crackling: the premises where they are all, with the return of Sarri and Conte.”

Football.london believes this is a guarantee that Sarri will end up with the Bianconeri next season with Chelsea left to look for a new manager yet again.