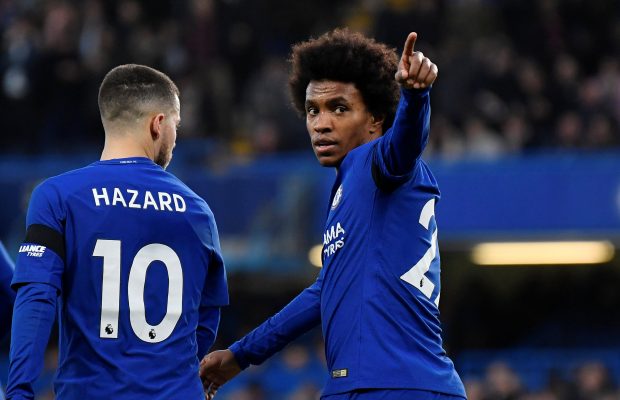 Jose Mourinho was linked with the reunion with Brazilian star last summer but he decided to stay put at Stamford Bridge.

English giants are confident a deal with their bitter rivals can be done this time as Mourinho looks to make big changes in the summer to challenge Manchester City for the title next season.

But the report also claims, should Willian arrive, Juan Mata would be on his way out after four seasons at the club.

Chelsea could demand £30million for the winger who is under contract until 2020.