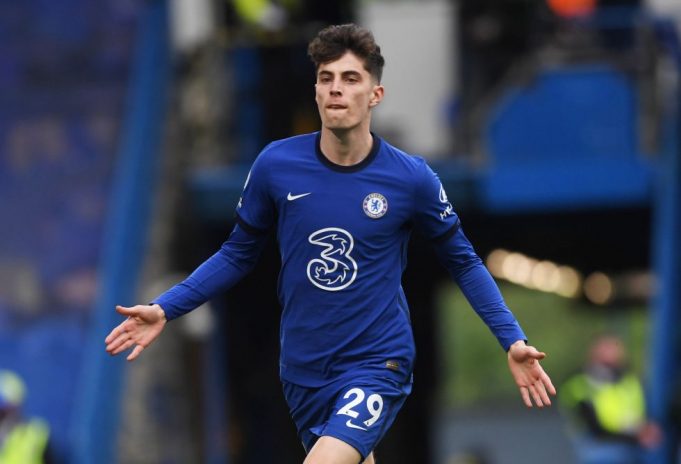 Havertz scored his fifth goal of the season and put Blues ahead in the game.

Chelsea boss Thomas Tuchel is happy with the performance of Kai Havertz for playing through the pain barrier for their Carabao Cup win against Tottenham.

Blues were clinically good at home in the first leg semifinal and took advantage of two goals before going to the second leg.

The German scored his fifth goal of the season and put Blues ahead in the game. The 22-year-old forward suffered a nasty broken finger in the tumble that followed his early finish.

Havertz battled on until half-time when he was forced to give up the ghost amid mounting pain, but Chelsea still produced a fine result amid a makeshift set-up and against a strong Conte’s side.

Thomas Tuchel said, “Kai has the issue with his finger, he broke his finger and it looked horrible.”

“And he played through the pain that was getting bigger and bigger. He survived until half-time and then we had to make the change.

“I liked our performance a lot. We looked full of confidence and had two late last-minute pieces of bad news with Thiago Silva and N’Golo Kante, who were both supposed to start.

“So we decided at the last minute to maybe switch to a back four. The guys were very committed and very open to that, to making such a late change.