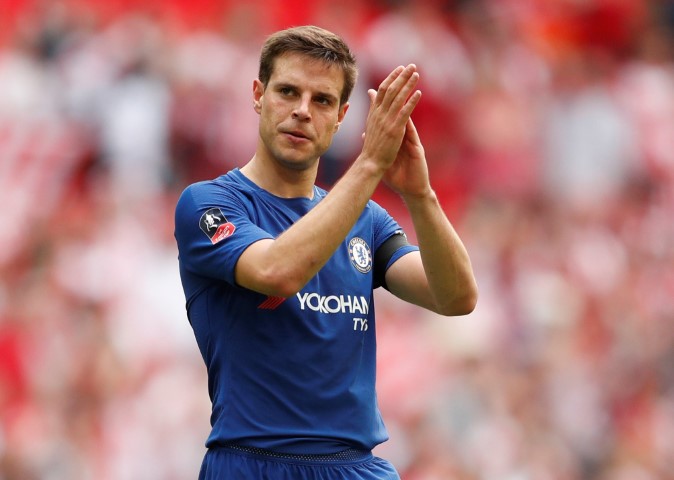 Blues have yet to offer the two-year extension Azpilicueta wants, which could open a window for Atletico to swoop in.

According to Marca, Ddrafting in Chelsea and Spain full-back Azpilicueta is the dream scenario for Atletico Madrid coach, as he is at the top of his wish list.

Diego Simeone believes that the Navarrese player would suit his style of play perfectly, while offering him tactical flexibility due to his ability to play full-back or centre-back.

We all know that Trippier is moving to Premier League and he was seen at Newcastle going for the medical. Azpilicueta would not only replace Trippier as a right-back but strengthen the backline of the Spanish capital.

Atletico is struggling at La Liga 2021/22 and they are not in the race for the title this term. Diego Simeone’s side lost three out of their last four games and 14 points behind to leaders with one game in hand.

The Chelsea captain will see his contract expiring in the summer and the Blues have yet to offer him the two-year extension he wants, which could open a window for Atletico to swoop in.