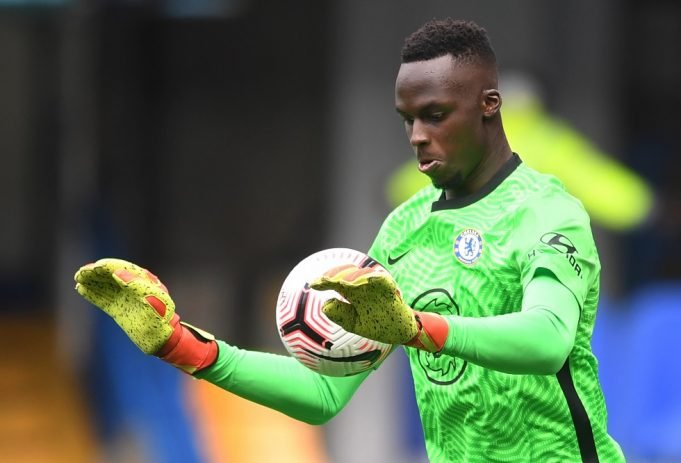 Thomas Tuchel revealed Edouard Mendy is his number one keeper at Chelsea.

After dropping out to Kepa Arrizibalaga for the FA Cup tie against Manchester City, the 29-year-old is due to return against West Ham this Sunday.

Tuchel has mostly favoured Mendy in goal but surprisingly picked Kepa for an important tie against City. The Spaniard did well on his rare start to help Chelsea through to the FA Cup final.

When asked about who will be picked in between the sticks, Tuchel replied, “Mendy is in goal. The change was made for Kepa for the FA Cup game and even before then, the goalkeeper coach and me decided that Kepa would stay one more game after Man City to have it as a reward and feel a bit the rhythm of playing every three days.

“We wanted to reward what he is doing in training and in the dressing room which is simply outstanding in terms of quality and personality so I’m very happy he could show it on the pitch.

“He had two clean sheets in two difficult matches for us so it’s a very good feeling that we can absolutely can rely on two goalkeepers and they can produce clean sheets. They earn our trust but the situation in general has not changed so Edou will be in goal tomorrow.”