Chelsea FC Latest News .com
Home Chelsea FC News The One Player Who Is Better Than Eden Hazard In The Premier... 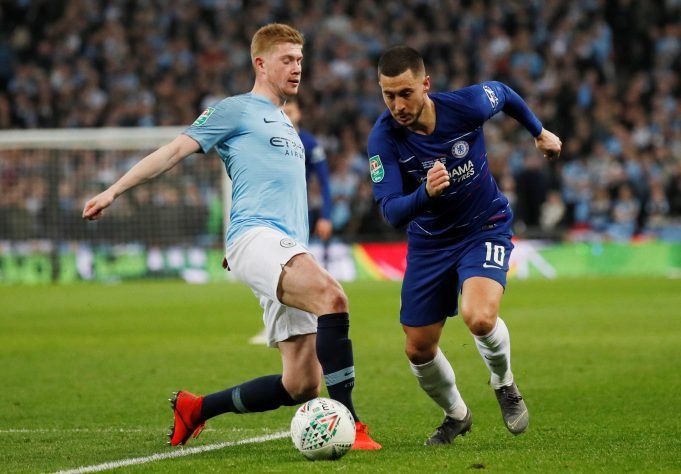 Eden Hazard has admitted to Mohamed Salah being the only player who might be better than him in the Premier League.

The latter won the PFA Player Of The Season last year and is second in the top scorer’s list this term. He is leading Liverpool’s push for the league title this season even with his recent goal-tally hitting a small bump.

Hazard is considered as one of the top-five players in the world and the very best in the English top-flight. However, the Belgian is aware of the competition he currently has to beat to avail that title.

He said, “I like Modric he’s more of a midfielder than me but, of course, I like Lionel Messi and Cristiano Ronaldo.”

“Mo Salah is one of my good friends and he is doing something incredible. I try to look at this player and I try to reach that level.”

Hazard is not that far off in terms of being impactful for his team. The 28-year-old has racked up 13 goals and 11 assists this season which is his best with Blues.

His future at Stamford Bridge is being heavily speculated upon but the winger is invested in seeing out the remainder of the 2018/19 campaign.

See Also: Chelsea Loanee Is Determined To Make His Mark Next Season