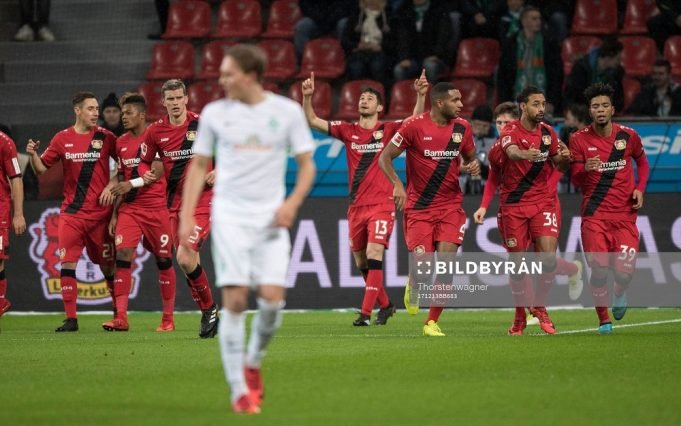 Bayer Leverkusen winger Leon Bailey has exploded this season in Germany and is one of the hottest properties right now in the league.

The 20 year old has scored 9 goals and provided 5 assists for Leverkusen from 24 Bundesliga appearances this season.

He has been heavily linked with a move to the Premier League, with Chelsea being the most interested club. Manchester United are also interested. But the player admitted in February that he wants to make a name in Germany before moving to Premier League.

But Bailey’s team-mate Sven Bender has urged him to stay at Leverkusen amid repeated links to Premier League and believes that he is right to stay at the club for the foreseeable future.

Speaking exclusively to Goal, Bender said: “He has got special abilities, he is incredibly fast and great at dribbling. But we did not expect that he would explode that fast. This example shows that football is a fast-paced business.

“It is important that he handles the hype around him correctly and does not want too much too fast. Now everybody comes to him and suddenly wants something from him.

“He is only 20 years old and therefore still has development potential. He is a great player and will probably leave one day for a high fee, but I wish him to stay with us for a long time.”

While claiming Bailey would command a large fee, Bender has bemoaned the amount of money swilling around football.

“Of course the sums are very high at the moment,” he added. “If someone is willing to pay this money for a football player, it is okay. You can’t blame the player for costing a lot of money. It is a question of supply and demand.

“It is a little bit unreal and far from reality. I hope someday it will find an end.”