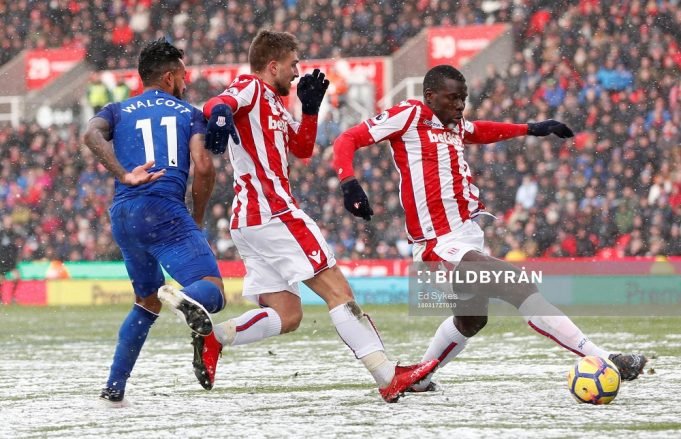 Stoke City’s defender Kurt Zouma has emerged as a target for Spanish clubs Atletico Madrid and Sevilla, according to stokesentinel.

Zouma joined Stoke City on a season long loan from Chelsea last summer. The Blues wanted him to get regular first team action after returning from a terrible injury. On February 2016, The Frenchman ruptured his anterior cruciate ligament in his right leg and was ruled out for 6 months.

Before the injury, Zouma started brightly for Chelsea and is still rated highly by the club. Before leaving for Stoke, he even signed a new 6 year contract with the club.

Though Stoke having a poor season, Zouma has earned plaudits for his performances. Chelsea are also struggling defensively this season, with David Luiz and Gary Cahill’s future is still uncertain. The 23 year old could be a welcome addition to the squad.

But with Antonio Conte’s uncertainty about his future and Chelsea looking for new defenders, Kouma may have to wait until it’s clear who will be managing the Blues next season to decide his future.

Both the Spanish team are looking to take advantage of this situation and are keeping tabs on the defender.