The contract situation of Willian at Chelsea has come right down to the wire.

The player who is 31 currently has demanded a 3 year extension but Chelsea are only prepared to offer a 2 year term.

The Blues have a strict policy on offering short term contracts to players who are over 30 but Willian’s best season so far in Chelsea colors has raised a tough situation.

The player who has netted and assisted 70 times in the Premier League for Chelsea has done it 16 times alone this season, making it by far his best campaign.

Graeme Souness, a TV pundit is of the opinion that Chelsea should cave and give Willian what he wants instead of letting him join their rivals as Willian is the best player in the Chelsea squad at the moment.

He told Sky Sports: “I think he’s their best player,

“He wants a three-year [deal], they’ve offered two. I’d be giving it to him.

“You watch him play, he doesn’t look like a player to me whose legs are going anytime soon and he’s got great qualities.

“So I would be bending over backward to keep him at the football club.”

Do you think Chelsea should listen to Souness or let Willian leave? 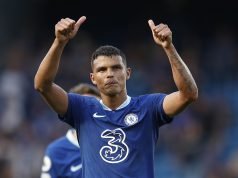