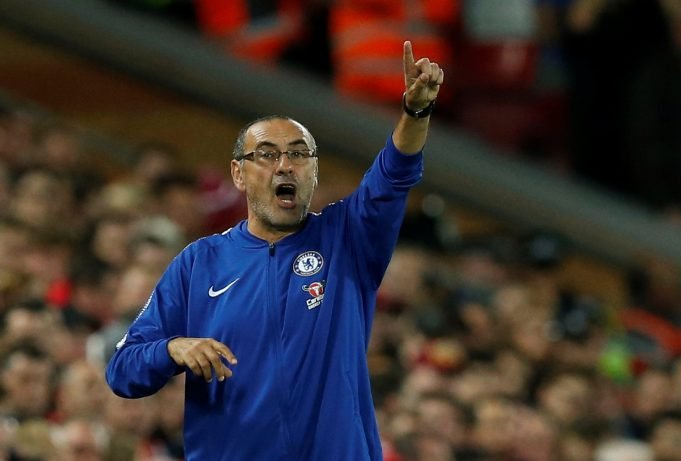 Chelsea boss Maurizio Sarri is of the opinion that Liverpool are more dertermined to win the Premier League than Manchester City.

Chelsea, Liverpool and Manchester City have all begun their respective Premier League campaigns strongly. These three are the only teams that are unbeaten so far.

However, Maurizio Sarri has ruled out Chelsea from the title race, claiming that they are not at the same level as Manchester City or Liverpool.

Sarri said, “I think that City are a very, very, very good team. Maybe they are the best at the moment. But I think that Liverpool want to win more. So the determination of Liverpool could be higher. Maybe, I don’t know. It’s only my opinion…”

About his team, Sarri said, “They usually are training very well with continuity so the attitude is good. There is probably something from the mental point of view. I have to understand it.

I think that these numbers tell us something. I don’t know what, at the moment. But I want to understand and I want to help my players to be at the same level.

Maybe if you are lucky or unlucky, you can gain 85 points or 80, but the difference in one season is 43 points! I have to understand why. Then, if I am able to do it, I have to help my players be at the same level for a long period.But I cannot tell you my theories. First of all, I want to tell my players.”

Chelsea ended Liverpool’s winning streak by beating them 2-1 in the Carabao Cup at Anfield thanks to a brilliant winner from Eden Hazard. The Blues take on The Reds today at Stamford Bridge in an attempt to end Liverpool’s Premier League winning streak.