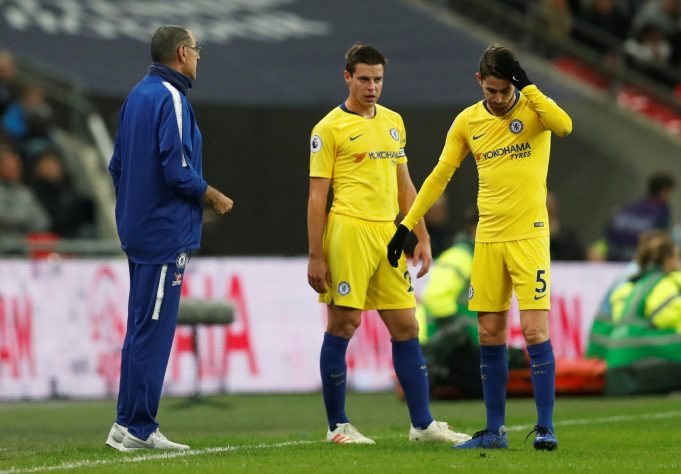 Chelsea manager Maurizio Sarri said that his side’s defence against Spurs was a disaster yesterday. Chelsea suffered their first Premier League defeat as Tottenham beat them 3-1.

Goals from Dele Alli and Harry Kane gave Spurs a 2- lead before Son Heung-min added a third early in the second half. Chelsea pulled one back as Olivier Giroud scored his first Premier League goal in 6 months.

The defeat saw Spurs rise to 3rd in the league table while Chelsea slipped to 4th.

Following the match, Maurizio Sarri did not hide his disappointment at Chelsea’s performance. He said, “I saw a lot of problems because we played very badly from a physical point of view; mentally, technically and tactically – particularly in the first 20 minutes. I knew very well we had a lot of problems to solve and today it was clear for everybody [to see].

I hope first of all for the players because I told them in the last week that we had a big problem with our approach to the start of matches and today was the same approach. The level of build-up was different and, after 15 minutes, we were 2-0 down.

In the first 25 or 30 minutes, we had big problems to exit from our half. We lost a lot of balls and, against Tottenham, it is very dangerous to lose a lot of balls in your half. In the short counter-attack, they are probably the best in Europe.”

Chelsea next face PAOK in a Europa League encounter on Thursday at Stamford Bridge. The Blues won the away leg 1-0 at Thessaloniki two months back.

Chelsea’s next Premier League fixture is against Fulham on Sunday. The Cottagers’ first match under new coach Claudio Ranieri ended in a 3-2 win against Southampton yesterday.