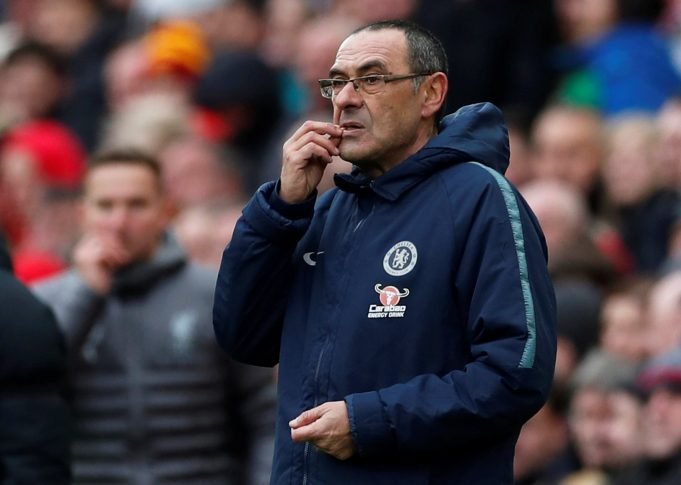 Chelsea manager Maurizio Sarri believes that despite his team’s defeat to Liverpool, they have shown improvement.

Two goals from Sadio Mane and Mohamed Salah saw Chelsea tasting their first defeat to Liverpool at Anfield since 2012. Chelsea had a couple of really good chances to score. Eden Hazard hit the post while another shot from the Belgian was saved by Alisson before being cleared to safety by Virgil van Dijk.

Following the match, Sarri said, “Liverpool are one of the best teams in Europe at this moment, they play very well for 90 minutes but I think we stayed in the match really well. We were a bit unlucky on the second goal. Salah is a talent [but] the second goal was a little bit unlucky for the timing. Then [we were] a bit unlucky because in three minutes we have three opportunities, two with Hazard and one with Higuain and we hit the post, number 35 of our season.

I am happy with the performance, we stayed in the match, probably two or three months ago we weren’t able to stay in this game.

We are improving, it’s hard to cover the gap because the level is high and to cover it against Liverpool and City for us will be difficult. Now we are close to the other teams.”

Chelsea next play the second leg of their Europa League quarter-final tie against Slavia Prague before playing Burnley next Monday.