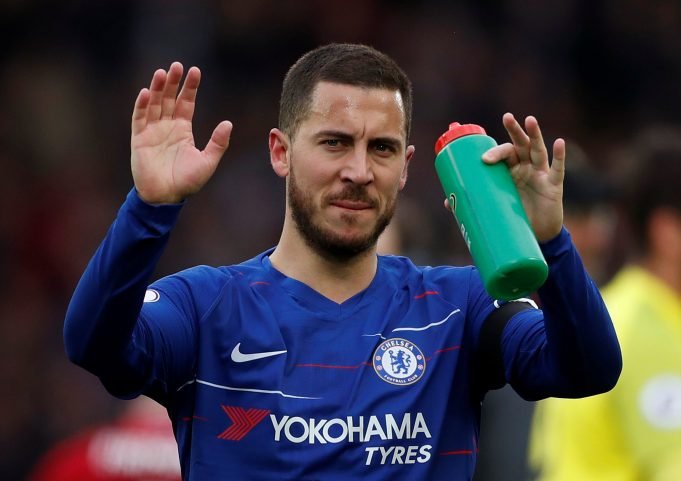 Former Chelsea star Ashley Cole believes that Eden Hazard will stay at Chelsea. Hazard’s future has been one of the hottest topics in European football for a while now.

The Belgium international has frequently said that he is torn between his desire to go to Madrid and staying at Chelsea. Hazard has said that he has made a decision about his future and will reveal it at the right time.

Hazard gave a pretty decent performance in yesterday’s game against Liverpool at Anfield. He had two very good scoring opportunities. The 28-year old hit the post before Alisson saved another attempt of his.

Speaking of Hazard’s future, his former Chelsea teammate Ashley Cole said, “I don’t want to think about it [Hazard leaving]. After today’s performance he was brilliant.

The way he brings players into the game. The chances he had he was unlucky. I can’t see why he’d want to leave to be honest. He loves the club, the club loves him. Real Madrid the club he loves, the manager he loves, it’s going to be difficult to keep him but I think he will stay to be honest. I do.

I just know how much he adores the club and I think he should stay.”