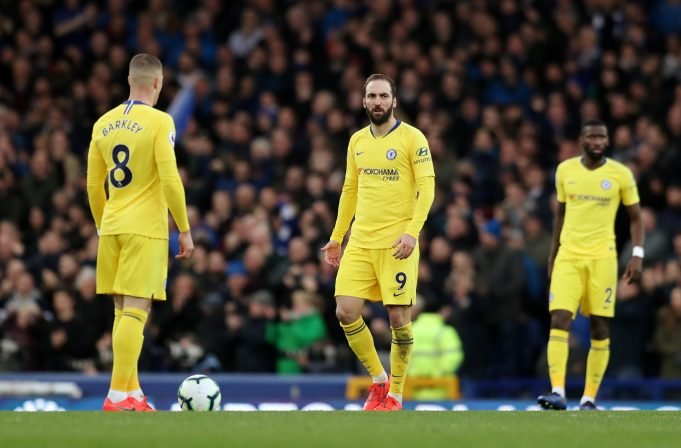 Chelsea boss Maurizio Sarri believes that the club needs Gonzalo Higuain to be at his very best during the closing stages of the season. Higuain joined Chelsea in January on a loan deal till the rest of the season.

So far, the Argentine has scored just three goals in 10 appearances so far. Chelsea are fearing a second successive season where they won’t be playing the Champions League. They are currently 6th in the league table and have a good chance of missing out on a top four finish. Currently it seems that the best way Chelsea have of qualifying for the Champions League is by winning the Europa League.

Speaking ahead of Chelsea’s match against Cardiff City, Sarri said that Higuain has to be at his best during these final two months. The Italian said, “I would like to see him at the top in the last two months. At the moment, only this is really important. We need Gonzalo at the top. It is not easy, I think, to get used to this championship.  The level is different. The way of playing is different. I think especially for a striker it is very difficult to get used to the Premier League in just one or two months. He said to me that it is difficult because the physical impact of the defenders here is really very strong.

The referees here are really very different than in Italy, and so it is another football for him and especially for a striker or goalkeeper. It is really very different, so he needs time, but we have no time. We need him to get to his top level in these last two months.”