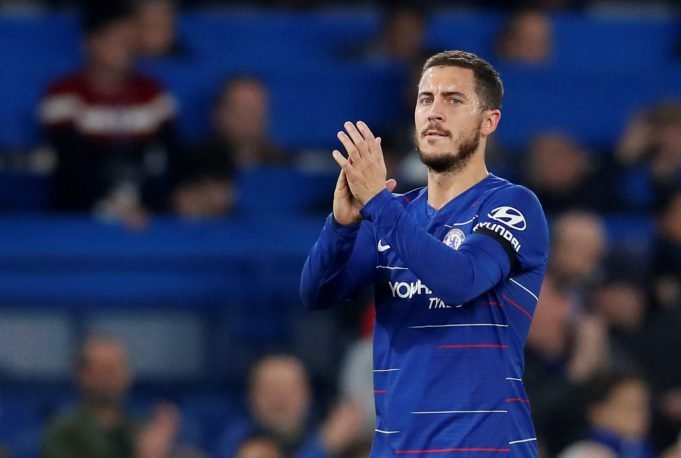 According to reports from Spanish weekly Don Balon, Real Madrid are plotting another scheme to sign Chelsea talisman Eden Hazard.

Los Blancos are willing to pay a transfer fee and add winger Marco Asensio. Asensio’s performance this season have not been as good as Hazard’s but it’s a little over average. In 16 matches, the 22-year old has scored two goals and has provided three assists.

Asensio has been one of Europe’s most talented youngsters in the past couple of years. He joined Real Madrid from boyhood club Mallorca in 2014 but had to spend his first two seasons on loan at Mallorca and Espanyol.

However, from 2016 onwards, he has become a crucial player for Los Blancos. So far, he has played 107 matches for Real Madrid, scoring 23 goals and providing 13 assists.

In 73 out of his 107 matches for Real Madrid, Asensio has played as a left winger which is Hazard’s preferred position.

Hazard is currently at the peak of his powers. He has played remarkably well this season. In 12 matches across all competitions so far, the Belgian has scored 8 goals and has provided 4 assists.

Hazard’s current contract ends in 2020 and Chelsea have been trying to convince him to sign a new contract.

Eden Hazard has said on numerous occasions that playing at Real Madrid is his dream. During the summer, Real were keen to sign him as a replacement for Cristiano Ronaldo. However, no deal materialized.

In his most recent comments about his Chelsea future, Hazard has said that he would be happy to join Real Madrid but would also be just as happy to end his career at Chelsea.