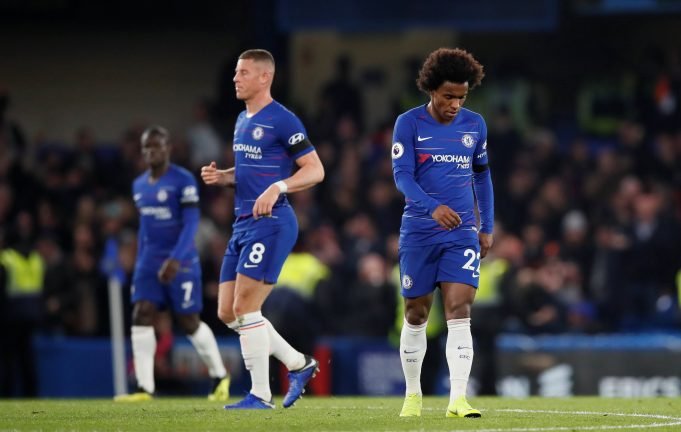 Barcelona are reportedly planning to sign Chelsea star Willian. The Blaugrana were desperate to sign him during the summer transfer window and even made three bids. Chelsea turned all bids down, one of which was £55 million.

However, Barcelona are plotting another move to rope in the Brazilian winger. Apparently, they want a swap deal that would see Malcom go the other way. Malcom joined Barca from Bordeaux this summer at a fee of €41 million.

However, the 21-year old has been struggling to find game time under Ernesto Valverde. He has made only three appearances this season so far, playing a total of just 105 minutes.

During the summer, Chelsea also showed interest in Malcom. Hence, Barcelona are planning to use this to their advantage. According to Spanish TV Station La Sexta, Barcelona will hold discussions with Willian’s representatives about a possible move.

Willian joined Chelsea from Russian club Anzhi Makachkala in 2013 at a fee of £30 million. Since joining, he has been a regular for the club. The Brazilian has made 253 appearances for Chelsea across all competitions, scoring 47 goals and providing 44 assists.

This season, Willian has appeared in all of Chelsea’s matches, scoring three goals and providing 5 assists.

No matter how hard Barcelona try to sign Willian, Chelsea will certainly do their best to keep him at the club.